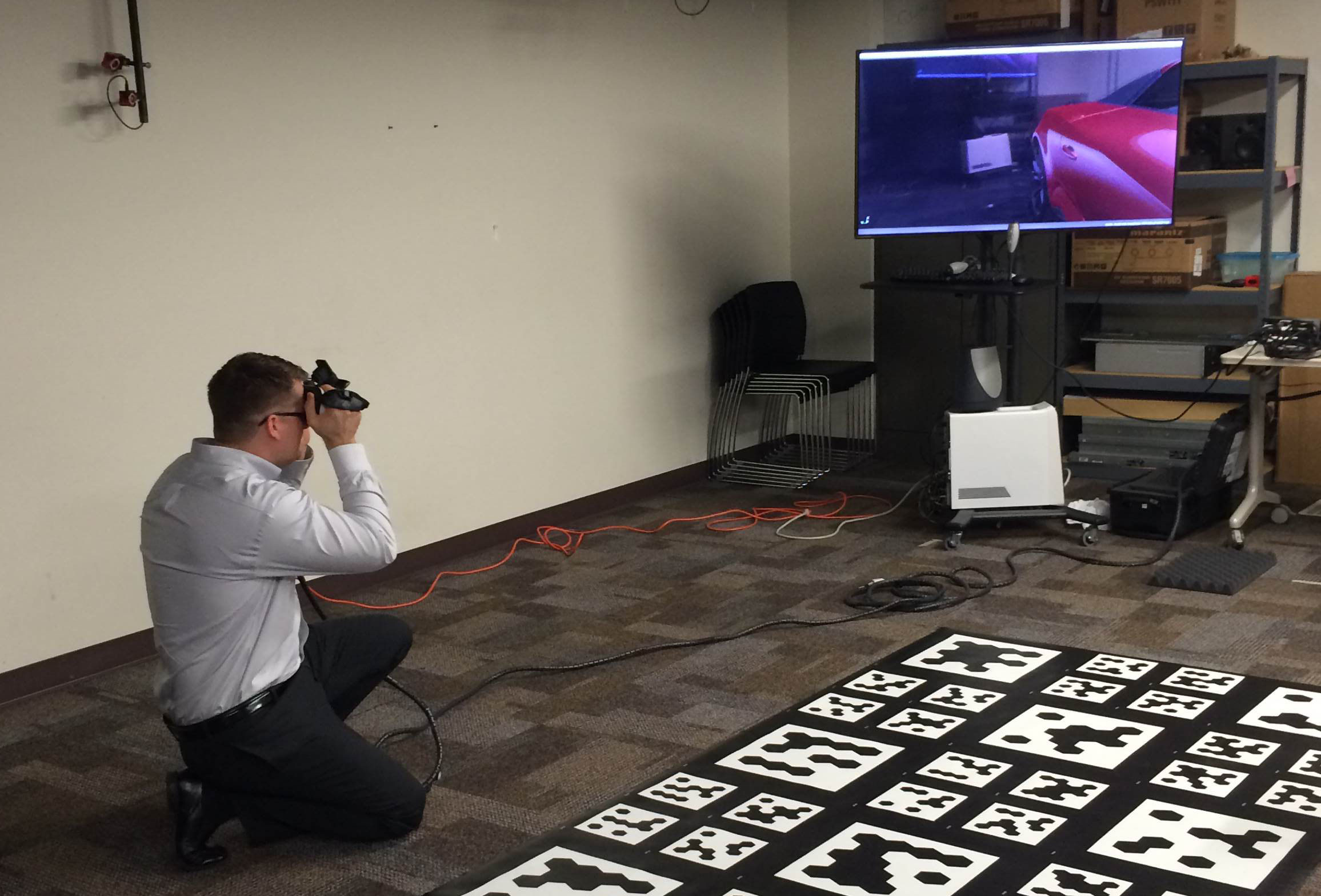 E2i has been fortunate to be a part of a mixed reality demo using the Canon MREAL headset, provided by Michael Carney of Canon U.S.A. I know some of you are wondering, “What is mixed reality?” Mixed reality combines real and virtual elements for an immersive experience.

For example: in the MREAL demo, a mat is placed on the floor. This mat is covered in black/white patterns which are viewed by the embedded cameras on the MREAL display. When you look into the headset you see a virtual model in

place of the patterned mat. In the demo, people took turns looking through the headset at the pattern on the floor, held like a pair of binoculars, which revealed a realistic concept car that was fully detailed and to scale. Looking into the wheel-well, you would see the details of tires, brakes, drilled rotors, and rims in great detail. The projection seen in the headset was also shown on a monitor for the audience to see.

Another demo detailed a virtual model of a Canon EOS camera that became visible by looking at a physical box similarly patterned to the mat on the floor. Though these two virtual models may appear very similar, they vary in detail and type of model. The car is a highly detailed model, but the camera is a CAD model which contains the insides of the camera, including every component. The reason for this CAD model being so detailed, is that it is used for the actual production of the camera itself. Overall, this demo was a great experience for everyone involved and inspired everyone in the studio.

With technologies like Mixed Reality, Canon is aiming to revolutionize the way people design, develop, and collaborate.

You can learn more about Canon’s MREAL displays HERE.